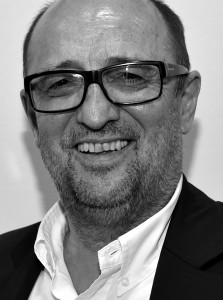 „I come from my childhood, like a country …“
(Antoine de Saint-Exupéry)

Walter Wilhelm was born in 1954 in the German speaking village of Săcălaz/Sackelhausen in the Swabian region Banat in today’s Romania.

In his native village, he attended the German kindergarten and the German high school until 7th grade. He continued his education at the Romanian language high school in Timişoara/Temeswar.

In 1972, at the age of 18 years, he emigrated to the Federal Republic of Germany, together with his sister, parents and grandparents. The family settled in the Reutlingen region of Baden-Württemberg.

After receiving the German A-levels, Walter Wilhelm studied History, Politics and Sports at the University of Tübingen and trained as a high school teacher. He has been teaching in schools in Reutlingen and Metzingen.

Apart from his memoirs, Walter Wilhelm has written historical essays and articles for various regional publications. He speaks several languages and translated his latest volume „Memories of my Childhood“ into Romanian.